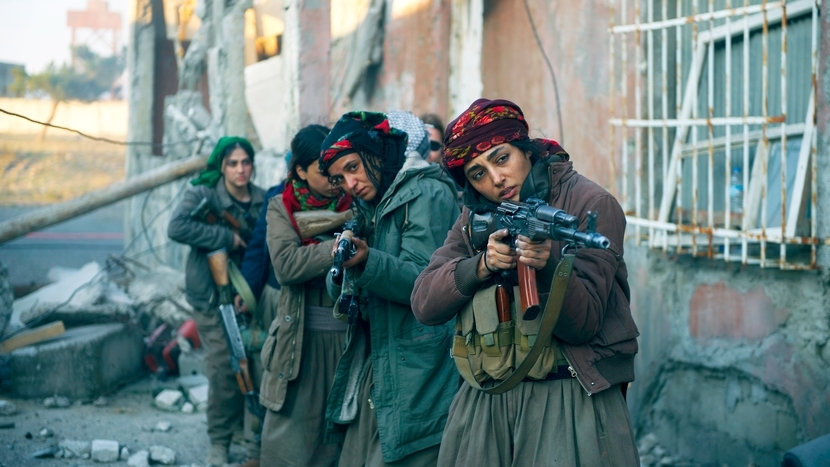 Girls Of The Sun at BFI London Film Festival

Girls Of The Sun at BFI London Film Festival

As the Kurdish army is poised to attack an ISIS stronghold, Bahar, the leader of an all-female unit, reflects on her recent past with a French journalist (Emmanuelle Bercot). When her village was attacked, Bahar was brutally separated from her husband and son. Adult males were massacred, young boys conscripted to training camps, and women and girls taken as sex slaves. After risking her life to escape and in desperation to find her missing son, she joined the army. With the film smartly tightened by Husson post-Cannes, a stripped-back score allows the evocative sound design and strong performances to guide emotion. Girls of the Sun is a forceful, potent contribution to the war genre, inspired by women who’ve lost everything but still find the strength to fight for the future.