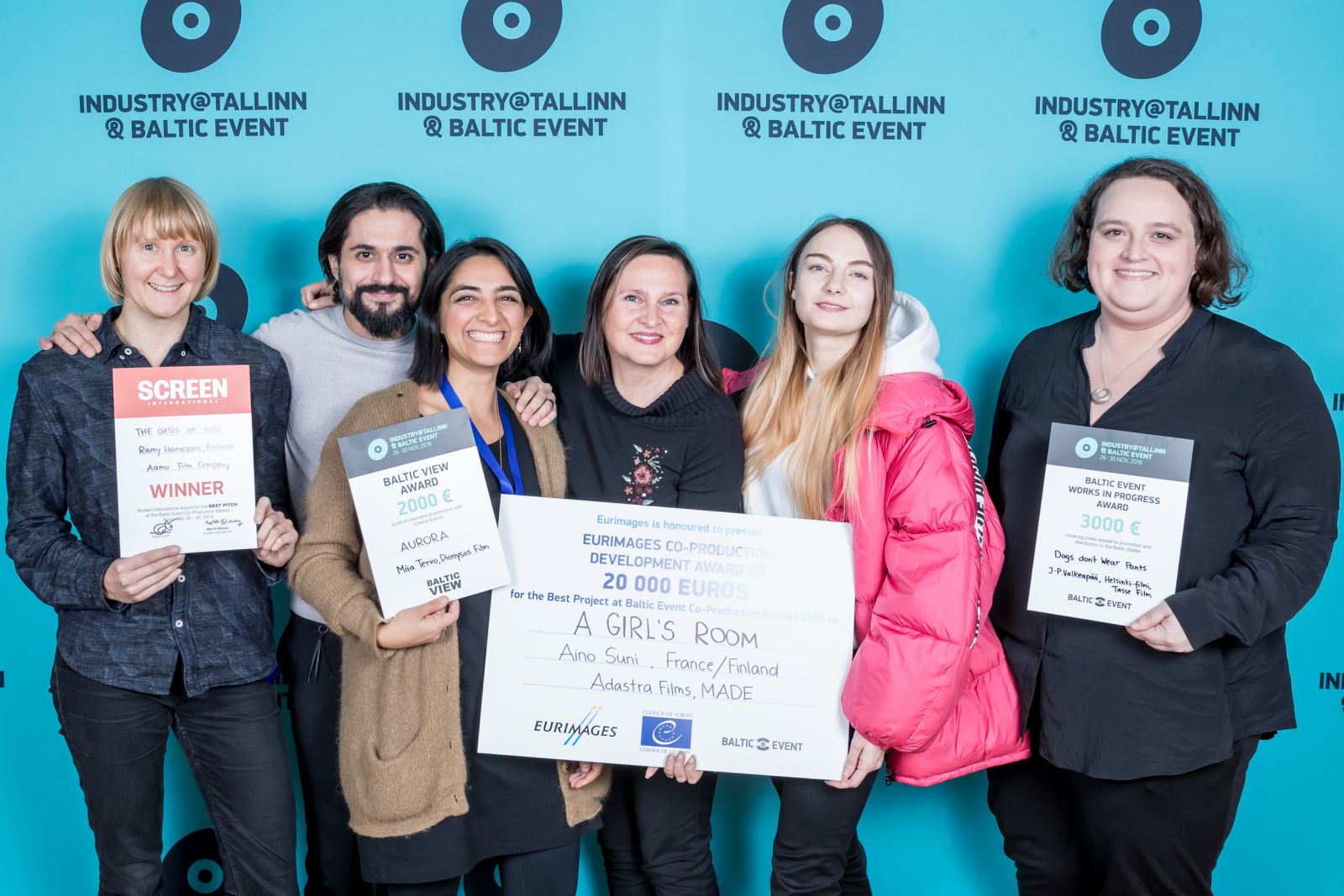 Wedding on My Street is a winner of Baltic Events 2018

Following a week full of presentations, networking, screenings, meetings and panel discussions attracting more than 500 guests from all over the world, the 2018 awards of Industry@Tallinn & Baltic Event were presented at a ceremony in Tallinn yesterday.

16 projects were presented in the official selection of the Co-Production Market taking place on November 27-30, 2018, at Industry@Tallinn & Baltic Event during Tallinn Black Nights Film Festival.

Best Project
Eurimages Co-Production Development Award
The award of 20 000 Euros is given to the best project based on its artistic quality and potential for theatrical release.

Jury statement: The jury was impressed with the quality of the director’s previous short films. They appreciated the strong personal vision this promising young director has for her debut feature. The jury also noted the strong collaboration between the Finnish and French team since the project’s inception and furthermore they felt this exciting project has the potential to reach international audiences.

Jury statement: The filmmaking team clearly presented an engaging and original project that subverts the stereotype of the familiar refugee story. Through this unique perspective the film will give us back the true meaning of human warmth, friendships and family in today’s world.

The Post Control Award (10 000 EUR)
Post production services in the amount of up to 10 000 Euros but not more than 2/3 of the expenses incurred at Post Control. The award is given to the project, which successfully combines creative and commercial potential.

Jury statement: “Golden Voices” is a universal, wholly original and heartwarming story. It’s touching with funny elements. The film benefits of moving performances by the two lead actors, especially the female lead Maria Belkin.
We think this film has genuine appeal for international audiences and could travel to festivals.

Jury statement: It’s a film with a complex story. It deftly combined dark humor with a deeply felt sense of mourning. We were particularly impressed by the beautiful cinematography and film’s production value. We feel this film has real potential for international festivals and audiences.

Jury statement: For the craft and cinematic vision in creating a fascinating modern-day noir, the award goes to “Man of Deeds” by Radu Romaniuc. We were particularly impressed by the well-developed and diverse characters, who create a complex mirror of today’s society, and by the ability to mix dark humour and deep moral conflicts, and to build up tension in revealing the dark truth hidden behind a seemingly peaceful landscape.

Industry@Tallinn & Baltic Event congratulate all selected projects and the winners!

We kindly thank our supporters and all those that were part of this year’s programme.